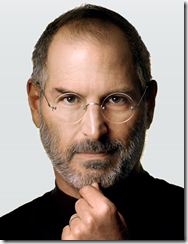 I’ve mulled over the statement by Apple CEO Steve Jobs on why he hates Flash. It’s been picked over by many, so there’s little point in analysing it line by line, spotting what’s true, what’s false, what’s twisted. It doesn’t matter. What counts is that Jobs is disallowing Flash and attacking Adobe – he’s decided it should get out of the runtime business and just do tools for HTML5:

Apple is a powerful enemy; and what I’ve found alarming watching the reaction is the extent to which Jobs saying “Flash is bad” has lowered the reputation of Flash; it’s as if all the great things which it has enabled – web video that works, pushing the boundaries of what is possible in a web browser, an entire industry of casual gaming – has been forgotten because one charismatic and influential individual has called it old stuff that crashes Macs.

The army of enthusiasts which leaps to the defence of all things Apple both amuses and disturbs me. I understand some of the reasons. People warm to Apple because the company has improved their lives, in computing, in music, in mobile phones – especially in contrast to the efforts of Microsoft and its partners who have all too often made computers and mobile devices that are hostile and unpleasant to use. This last factor is not Apple’s fault; and without Apple it might not now be changing. Apple deserves our thanks for that.

That doesn’t make Jobs or his followers right about Flash, which is a magical piece of technology. Yes, it’s been widely abused to make annoying ads and animations; yes, it crashes the browser sometimes; yes, both HTML5 and Microsoft Silverlight are encroaching on Flash territory.

Still, Flash is never going to be allowed on Apple’s new wave of personal computing devices, which by the looks of things it intends to form the core of its business. Nor can we write for Flash and compile for Apple; it’s not allowed.

This is the new model of computing: the web if you want open, or humbly seek permission from the device overlords if you want a local application install, at least on Apple’s platform; and Microsoft is headed in the same direction with Windows Mobile 7. It’s not a model I like; but the trend is unmistakeable.