Today’s news that Microsoft  is writing off $6.2 billion from the useless acquisition of aQuantive in August 2007 gives me pause for thought.

How bad is this company at acquisitions? Particularly those under CEO Steve Ballmer’s watch. He became CEO in January 2000. 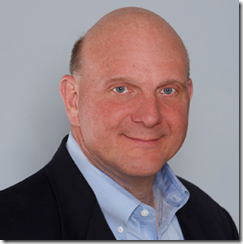 Microsoft acquired Danger in February 2008 for $500M. Small relative to the aQuantive acquisition, but how much further money did the company burn transforming Danger from an excellent cloud and mobile company to the group that came up with Kin, the phone withdrawn from the market after just two months on sale? Not to mention the downtime and threatened loss of data suffered by Danger’s online service under Microsoft’s stewardship.

Microsoft attempted to buy Yahoo for $44.6bn in 2008. Yahoo’s executives declined, a move that was (very) bad for Yahoo shareholders but quite possibly right in a business sense; it would not have been a good fit.

Microsoft acquired Groove Networks complete with Notes inventor Ray Ozzie in March 2005. I put this in the disaster category. Groove went nowhere at Microsoft. Ozzie became Chief Software Architect and talked of internet vision but did not deliver. The wretched SharePoint Workspace is apparently based on Groove.

What about the good ones? My view is that Microsoft paid too much for Skype at $8.5 billion but at least it acquired a large number of users and has some chance of enhancing its mobile offerings with Skype integration.

Microsoft acquired Bungie in 2000 and given the success of Halo (without which, maybe, the whole Xbox project might have faltered) we have to count that a success, even though Bungie was spun off back to independence in 2007.

Other notables include Great Plains in December 2000 (now morphed into Dynamics ERP); Connectix in February 2003 which got Microsoft started in virtualization; and Opalis in December 2009 whose software now plays a key role in Microsoft’s System Center 2012 private cloud software.

Winternals in July 2006 was a great acquisition. Microsoft acquired some indispensable Windows troubleshooting tools, and also Mark Russinovich and Bryce Cogwell, able people who I suspect contributed to the transformation of Windows Vista into Windows 7, and in the case of Russinovich, to the technology in Windows Azure which now seems reborn as an excellent cloud platform.

You can see all Microsoft’s completed acquisitions here.

(If the company would like to acquire itwriting.com for a few billion I am willing to talk.)