A detailed benchmark posted on codeproject investigates the performance of basic operations including string handling, hash tables, math generics, simple arithmetic, sorting, file scanning and (for C#) platform invoke of native code. These are the conclusions:

My observations: this matches my own experiments. Why then do some .NET applications still perform badly? When Evernote switched its application from .NET to native code it got much better performance.

The main reason is a couple of issues that this kind of benchmark hides. One is the GUI layer, which involves a ton of platform invoke code under the covers. Another is the large size of .NET applications because of the runtime and library overhead; a lot more stuff gets loaded into memory.

One thing to like about Silverlight is that it is truly optimized for client programming and load time tends to be faster than for a desktop .NET application.

I’ve heard recently from a couple of people who found that accessing SharePoint folders via mapped drives in Windows Explorer had suddenly become very slow – even taking several minutes to open a folder. This is in Windows 7, but the same might (or might not) apply to other versions of Windows.

SharePoint folders in Windows Explorer use WebDAV (Web-based Distributed Authoring and Versioning) under the hood, so although it looks like just another shared drive it is actually using HTTP calls to list the files. It is useful if you are out and about, because you can get at documents on your internal network over the internet, using SSL to secure the connection.

The fix that has worked in both cases is a mysterious one. You open Internet Explorer (even if you use a different browser), go to Tools – Internet Options – Connections, click LAN settings, and uncheck Automatically detect settings. 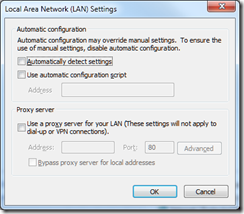 I am not sure why this works but presumably with this option checked there is some sort of useless auto-detection going on which times out and then repeats.

No promises; but making this change can dramatically improve performance. 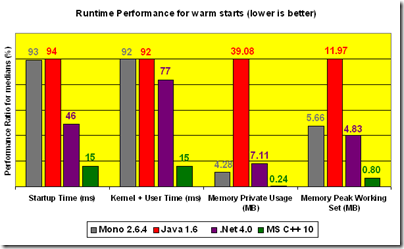 Microsoft’s Scott Guthrie spoke of “twice as fast performance” in the newly-released Silverlight 4, thanks to a new just-in-time compiler.

Performance is a hard thing to nail down. Maybe he meant that compilation is twice as fast? I’m not sure; but I tried a couple of quick tests.

First, I looked at my Primes test. Version 3 running in Windows Vista took around 0.40 seconds (the exact figure varies on each run, thanks to background processes or other factors). I then upgraded to version 4.0. No significant difference, on average over several runs. I used Vista because I’d already upgraded my Windows 7 install. 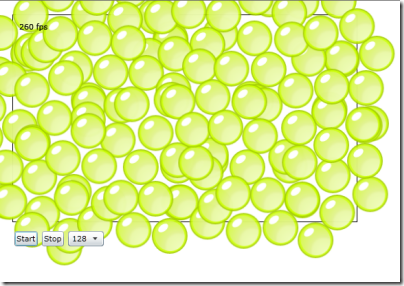 I guess the vast difference in graphics performance is also interesting. It is not just Mac vs Windows; the Nvidia GeForce 6800 on the PC is more powerful than whatever is in the Mac Mini.

If anyone can tell me in what respect version 4.0 is twice as fast, I’d be grateful.

Update: prompted by the comment from David Heffernan below, I also tried the Encog Silverlight Benchmark. I used an older core duo laptop, since I am running out of machines to upgrade. I ran the test twice before upgrading, and twice after. Lower is better:

That’s about 42% better, where “twice as fast” would be 50% better, much closer to Guthrie’s claim. I guess it depends what you measure.