I received a Windows Phone running version 7.5 “Mango” for review yesterday. Here are some initial observations; I am not going to call it a review after such as short time. 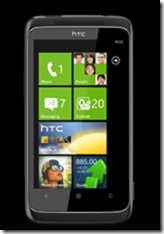 There is still no screen capture utility – well, there is this one but it requires a developer accounts. So no screens, sorry. Microsoft should fix this – how difficult can it be?

Microsoft says there over 500 updates in Mango, and it does feel like a significant update, though retaining the look and feel of the first release. A half-version upgrade is about right.

Some things I noticed:

Unless your organization uses a Microsoft Forefront Unified Access Gateway (UAG) server, you can only access a SharePoint 2010 site if you’re in the office and connected to your organization’s Wi-Fi network.

Despite these issues, you get a lot out of the box for using Office on the move, particularly if you use a supported SharePoint configuration or SkyDrive. The on-screen keyboard is good too.

My guess is that Microsoft is badly disappointed by the sales performance of Windows Phone to date. The problem is not so much the phone itself, but that it has failed to convince either the operators, or the retailers, or the general public, that it is something special and worth choosing ahead of either an Apple iPhone or Google Android device. In fact, typically retailers have few if any Windows Phones on display, and even customers asking specifically for one may be redirected to something else. The truth is, there is a disadvantage in having a minority-choice device, most obviously in the selection of apps available, but also in features that rely on user-generated content.

I asked about this problem at the Mango press launch and was told that the Nokia partnership will be the solution.

My review device is a first-generation HTC Trophy, and while it is decent enough it is not outstanding. Give Windows Phone some truly desirable hardware and a few must-have apps, and its fortunes will change, but that is not an outcome that I take for granted.

I do like the SkyDrive and Office 365 integration though, with the caveats noted above, and if I were Microsoft I would be pushing the value of those features.

I attended Microsoft’s Mix event in March 2010, where Microsoft gave us the first detailed preview of Windows Phone 7 from the developer perspective. At that time, Microsoft made it clear that the Adobe Flash plug-in would not be supported in the first release, but implied that it would follow.

Did Microsoft ever announce that Flash support would definitely come? I am not sure that it was quite promised, though I do recall Microsoft spokespersons including Charlie Kindel explaining that native code development would not be possible for developers, other than for operators customising the device – the HTC Hub is an example – and for Adobe building Flash.

Adobe’s Mike Chambers did state that:

Adobe and Microsoft are working together to bring Flash Player 10.1 to Internet Explorer Mobile on Windows Phone 7 Series

In June, still pre-release, I spoke to Adobe’s Michael Chaize who told me that work on Flash for Windows Phone 7 was well advanced and that it would follow “within months” of the initial release.

There has also been contrary evidence. Microsoft’s Andy Lees explained to Mary Branscombe:

Fair enough and even sensible, but why did Microsoft imply earlier that Flash was on the way if in fact the security architecture made it impossible? Plans change of course, but I have never been able to get a clear statement on the matter other than vague expressions of cooperation between Adobe and Microsoft. Like this one from Microsoft’s Joe Marini:

We are working with Adobe, but it has not yet been decided the last time I checked – part of that is Adobe is doing what they have to do and we’re doing what we have to do. The last I checked the team is working with them but I don’t think they have any announcement whether it’s going to definitely work or not.

You can debate of course whether Flash support is a selling point or a burden for a smartphone – but it would be good to have clarity on the matter.

My own best guess is that if it has not come by now, it never will. Although Microsoft will not say so, for obvious reasons, I also think it is inevitable that the Windows Runtime and the Metro-style development model found in Windows 8 will form the operating system for a future Windows Phone, though I am not sure if it will be Windows Phone 8 or later, but that will change the rules. Currently IE in Metro does not support plug-ins, so I would say the prospects for Flash in the browser on Microsoft’s phone are not good.

What about Adobe AIR for Windows Phone? Interesting question, though it might be difficult given that Adobe would have to in effect create a Flash to Silverlight conversion tool which might hurt a bit. This would be easier on Metro since native code development is supported.

Adobe’s MAX conference is on next week so there may be further information on this long-running topic then.

Yesterday Microsoft’s Joe Belfiore (phone VP) and Scott Guthrie (developer VP) took the stage at the Mix 2011 conference in Las Vegas to tell us what is new with Windows Phone.

The opening part of the keynote was significant. Belfiore spent some time talking about the “update situation”. 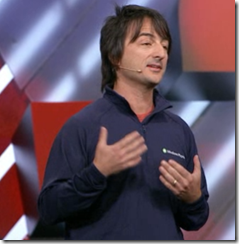 This is all to do with who controls what ends up on your phone. If you buy a Windows PC or laptop, you can get updates from Microsoft using Windows update or by downloading service packs; the process is between you and Microsoft.

Not so with Windows Phone. The operators have a say as well; and operators are not noted for delivering speedy OS updates to users. Operators seem to have difficulty with the notion that by delivering strong updates to existing devices that have already been purchased, they build user loyalty and satisfaction. They are more geared to the idea of delivering new features with new hardware. Updating existing phones can cause support calls and other hassles, or even at worst bricked devices. They would rather leave well alone.

When Microsoft launched Windows Phone it announced that there would be regular updates under Microsoft’s control; but this has not been the case with the first update, codenamed “NoDo”. The update process has been delayed and inconsistent between operators, just like the bad old days of Windows Mobile.

Belfiore went on about testing and phones being different from PCs and improvements to the process; but in the end it seems to me that Microsoft has given in:

Mobile operators have a very real and reasonable interest in testing updates and making sure they’re going to work well on their phones and on their network. Especially if you think about large operators with huge networks, they are the retailer who sells the phone, so they have to deal with returns, they take the support calls and they have to worry about whether their network will stay up and perform well for everyone … From our point of view, that’s quite reasonable, and our belief and understanding is that it’s standard practice in the industry that phones from all different vendors undergo operator testing before updates are made available.

That “testing” label can cover any amount of prevarication. It appears that Microsoft is unable to achieve what Apple has achieved: the ability to update its phone OS when it wants to. That is a disadvantage for Microsoft and there is no sign of improvement.

More positively, Microsoft announced a number of significant new features in the first major update to the OS, codenamed Mango. This is for existing devices as well as new ones, though new devices will have enhanced hardware. He focused on what matters for developers, and hinted that there will be other end user features. A few bullet points:

It adds up to a decent update, though more Window Phone 7.5 than Windows Phone 8 (I do not know what the official name will be). Belfiore also mentioned new apps coming to Windows Phone 7, including Spotify, Skype and Angry Birds.

But what was not said? Here are a few things I would like to have heard:

Above all, I would like convincing news about how Microsoft intends to get Windows Phone better exposure and fuller support from operators. I still hardly see it in retailers, and it seems a long way down the list when you talk to a salesperson about what new phone you should buy. I do not have a Windows Phone at the moment, but when I tried it for a  couple of weeks I mostly liked the user interface – I found the soft buttons on the Mozart annoying because they are easy to press accidentally – and I also like the developer tools, though I would like to see a native code development option. In the end though, it is no use developing for Windows Phone if your customers are asking for Apple iOS and Google Android.

It is a start, but these are not really big numbers, and the proportion of tool downloaders that end up delivering apps seems small so far.

A lot rests on the Nokia partnership and how that plays out.

It now appears that we will need to wait until September and the newly announced PDC (Professional Developers Conference) in Anaheim 13th-16th September before we learn more about the long-term mobile strategy.

Update: Microsoft’s Phil Winstanley tells me that the Windows Phone OS is just called “Windows Phone” regardless of version; but that the Mango update is referred to as “Windows Phone OS 7.5” when it is necessary to differentiate. If that sounds confusing, do not blame me!