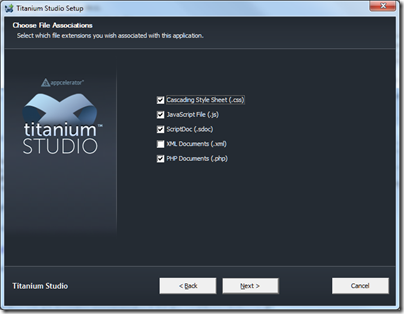 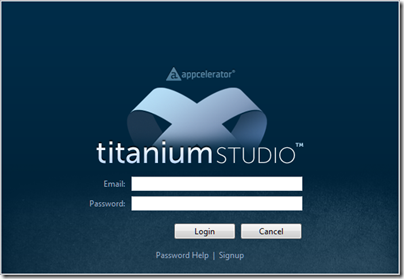 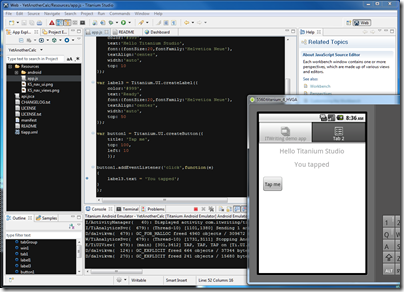 I met with Aptana CEO and co-founder Jeff Haynie at the Mobile World Congress in Barcelona last month.

Appcelerator’s main product is Titanium, an SDK which takes HTML and JavaScript source files and compiles them to native apps for several platforms, including Windows Mac and Linux on the desktop, and Google Android or Apple iOS for mobile. RIM Blackberry support is in preview. Appcelerator has recently acquired the Aptana IDE for HTML, JavaScript, CSS, Ruby on Rails, Python and Adobe AIR. The company has also partnered with Engine Yard for cloud-hosted Ruby on Rails applications to deliver web services to clients built with Titanium.

Haynie says that mobile is currently a three-horse race between Apple iOS, Google Android, and RIM Blackberry; but he expects further diversification. Microsoft Windows Phone is under consideration, and he says that cross-compiling to Silverlight would be possible for Titanium:

It’s a .NET SDK, we would have to build a translation into Silverlight. That’s how we do it for iOS, we translate code into Objective C. We don’t think it’s technically insurmountable.

I asked about the Appcelerator Freemium business model. Titanium is open source and you can download and use the SDK commercially for free. Haynie says it works well because companies can do a full evaluation and get to understand the value of the software fully before deciding whether to purchase. However he emphasised that larger companies, other than non-profits, are expected to take out a paid subscription.

This point could do with clarification. Indeed, the Appcelerator Plans and Pricing page shows Titanium Indie which is free but for companies of less then 25 employees, and other editions which are paid-for. But as far as I can tell there are no restrictions on the SDK. See the FAQ which says:

Can I use Titanium for a commercial application?

Yes. You can use Titanium in both a personal and commercial application regardless of what your license or price is.

What is your License?

The Titanium SDK is licensed under the Apache Public License (version 2).

I also took the opportunity to ask about Adobe AIR support in Aptana. It strikes me that this is under threat following the acquisition, since AIR competes with Titanium. Haynie was just a little evasive, but at the same time impressed me with his attitude:

Obviously we have a competitive platform from Adobe AIR. But we want developers to have the best choice, the best tools possible. So competitively we need to build the best product. If AIR is a better product and people want to use Aptana to build AIR apps, then fine. That means we need to continue to work to make a better runtime for the desktop.

Nevertheless, Haynie implied that AIR support will only continue if Adobe supports it; I am not sure what support means in this context but I think it includes a financial contribution:

We’re with Adobe on trying to figure out where we go from here … we have to spend a lot of money to support that, so we’re making sure that we’ve got Adobe’s support behind that.

I am not sure what Adobe gains from Aptana support, given that it has its own Eclipse-based IDE called Flash Builder, so I would not bet on there being significant updates to the current AIR 1.5 plug-in.

Finally, Haynie emphasised what to me are familiar themes in talking about the direction for Titanium and Aptana. Cross-platform visual design tools; designer and developer workflow; and integration in a single IDE of rich client and cloud back-end. This integration has long struck me as one of the best things about Microsoft’s Visual Studio, so it is interesting to see the theme reappear in a cross-platform context.

What I enjoyed about the interview is the way Haynie communicates the huge change and volatility that has arrived within the software development world, thanks to the impact of cloud and mobile. Times of change mean new opportunities and new products. Titanium has plenty of competition, but if Appcelerator is able to deliver a robust, cloud to device, cross-platform toolkit, then it will have a bright future.

I have posted a transcript of most of the interview.

Appcelerator has released Titanium Mobile 1.6, an update to its cross-platform app framework for Apple iOS and Google Android.

The update adds 26 features for Android and 9 features for iOS. The Facebook API has been completely redone, keeping up-to-date with the latest Facebook API. There is beta support for the Android NDK – native code development.

Android 1.6 is now deprecated and will not be supported in future releases.

While not a big release in itself, Titanium Mobile 1.6 is require for using forthcoming Titanium+Plus modules, libraries which add support for features such as barcode reading and PayPal payments.

There is no sign yet of Aptana integration, following the acquisition of this JavaScript IDE in January.

Updating to the 1.6 SDK was delightfully easy on Windows. Just open Titanium Developer and click the prompt. 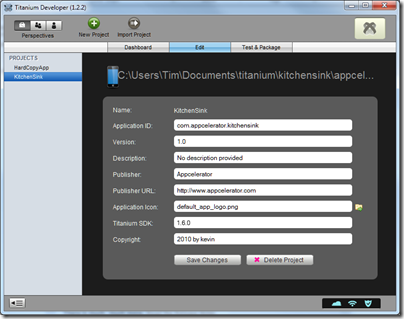 Appcelerator, a company whose main product is a cross-platform desktop and mobile toolkit called Titanium, has acquired Aptana, whose Aptana Studio 2 is probably the best IDE for JavaScript application development, and which also supports Ruby on Rails, PHP, Python, and Adobe AIR.

It makes sense, in that Titanium uses JavaScript as the primary language for the application logic and UI.

Appcelerator is already doing well from the current surge of interest in mobile apps, offering an obvious solution to developers endeavouring to support both Apple iOS and Google Android with a single code base. Aptana looks a good acquisition; but the news may not be so welcome to those who rely on Aptana Studio for Adobe AIR; I imagine Appcelerator may see this as a competing platform. Then again, most AIR developers use the Flash IDE or Flash Builder so it is unlikely to have a huge impact even if AIR support is dropped (I do not know what the plans are in this respect).

The server-side technologies like PHP and Ruby are a better fit, since many mobile apps have a server component.

Update: in the webcast about the acquisition, Appcelerator CEO Jeff Haynie said “There’s quite a few questions around Aptana as it relates to Adobe and ColdFusion; I don’t think we can say anything about that.”

The company is expecting to release a joint Aptana Studio/Appcelerator Titanium beta in March 2011. The initial release will not include a visual designer, though this is planned for some future release.