I am a fan of Microsoft’s Surface 2; but looking at the display at Dixons in Heathrow’s Terminal 3 it is obvious that Microsoft has work to do in terms of retail presence.

There are no clues here as to why anyone might want to buy a Surface, and no indication that Surface 2 runs anything other than standard Windows 8, other than the two letters RT which you can read on the spec summary.

Windows RT is both better and worse than Windows on Intel. It is worse because you cannot install new desktop applications, but it is better because it is locked down and less likely to suffer from viruses or annoying OEM add-ons and customisations that usually result in a worse user experience.

Why did Microsoft not come up with a distinctive brand name for RT, such as AppWindows or StoreWindows or WinBook? I am open to negotiation should Microsoft wish to use one of my brand ideas 🙂

Surface 2 has excellent performance, Microsoft Office is bundled including Outlook (though without the ability to run Visual Basic macros), and it is expandable using Micro SD cards or USB 3.0 devices, all features I miss when using an Apple iPad.

I do use the desktop a lot on Surface 2. Simple applications like Paint and Notepad are useful especially since they have, you know, cool resizable and overlapping windows so you can have multiple applications on view.

The Apple iPad is better displayed and I am sure its greater prominence is more than justified by relative sales.

The 10.1″ tablet comes with Qualcomm Snapdragon 800 (quad-core 2.2 Ghz) chipset and LTE connectivity – unlike Microsoft’s Surface, which is wifi only. It will ship this year.

The screen has high brightness and low reflectivity, which apparently enables reading or videos in bright sunlight as well as in low light.

Fast charging gets it to 80% charged in one hour, according to Nokia.

The Nokia Power Keyboard accessory offers up to 5 hours added battery life and two USB ports. It forms a cover as well as a keyboard, and includes a trackpad.

As with other Windows RT devices, Microsoft Office is included.

On the app side, Nokia showed two of the same apps just announced for its Lumia Windows Phones, the Nokia Camera app and the Storyteller app.

The Storyteller app integrates photos and mapping so you can see where your photos were taken.

Nokia also announced that a Flipboard app is coming to Windows RT.

Now there are two new Windows RT devices: Microsoft’s Surface and Nokia’s Lumia. However Nokia is being acquired by Microsoft and it will be interesting to see how the different product lines are managed by the combined company.

A developer on the XDA Developers forum, known as clrokr, has figured out how to run unsigned applications on Windows RT (Windows on ARM), including Microsoft’s own-brand Surface RT device.

The technique is described here and involves patching the Windows kernel. Currently it is not possible to jailbreak Windows RT completely, because Secure Boot prevents tampering with the system files, but it can be done after booting by using the remote debugger:

The minimum signing level determines how good an executable’s signature is on a scale like this: Unsigned(0), Authenticode(4), Microsoft(8), Windows(12). The default value on x86 machines is of course 0 because you can run anything you like on your computer. On ARM machines, it defaults to 8.
That means that even if you sign your apps using your Authenticode certificate, the Surface or any other Windows RT device (at this moment) will not run them. This is not a user setting, but a hardcoded global value in the kernel itself. It cannot be changed permanently on devices with UEFI’s Secure Boot enabled. It can, however, be changed in memory.

There is further discussion on the forum here. The technique is not practical for most users yet.

The decision to ban traditional desktop applications was not a technical one, but a bad marketing decision. Windows RT needs the Win32 ecosystem to strengthen its position as a productivity tool. There are enough “consumption” tablets already.

Personally I have mixed feelings about this. If I understand the concept correctly, Windows RT is meant to have iPad-like ease of use as well as excellent security. Configuring the operating system so that only code signed by Microsoft or Windows Store apps will run is a key part of the implementation. Surface RT is not as good as it should be, in part because there is too much old-style Windows, not too little.

On the other hand, the usefulness of Windows RT is limited by the absence of key apps. There are certain things missing, like the ability to play FLAC files, and until recently, an SSH terminal client (there is one now). Looking at the thread on XDA Developers, note that among the first things users are keen to port are putty (open source SSH client) and VLC (open source multimedia player). 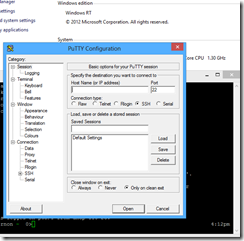 That said, personally I would rather see suitable apps come to the Windows Store, rather than introduce all the problems and complexities of desktop Windows to Windows RT.

A common complaint about apps written for the Windows Runtime, also known as Metro by those outside Microsoft, is that they tend to show only a small amount of data per screen. The most information-dense Metro app I have found is a game, Wordament, which shows a fair amount of data in its results screen.

The word lists scroll, and so does the list of players. Which proves that you can create an information-dense screen in a Metro app; though it is all custom-drawn.

Microsoft has now announced that the first Windows RT tablets will come from Asus, Dell, Lenovo, Samsung, and from Microsoft itself with Surface. 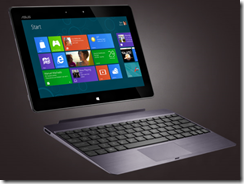 Windows 8 on ARM is a different thing to Windows 8 on Intel. On Intel, most Windows applications will run. On Windows RT, the ARM version, only Windows Runtime apps (also known at Metro-style, Modern and Windows Store) will run. There is still a desktop mode, but it is reserved for a special version of Office along with a few utilities like Explorer.

On the face of it, the Intel version is a better deal, because “you get it all.” However, there are times when less is more; in fact, that phrase practically defines the success of Apple’s iOS, which does not run applications coded for Mac OS X.

The problem is this. On a tablet, the Windows desktop is a horrid experience, unless you get out not only your tablet, but also your keyboard and your mouse or stylus. Even the stylus can be a problem, and having lived with Windows 8 on a Samsung Slate tablet for some months, I find a mouse works best.

We have seen this before, with the old Windows tablets starting with Windows XP. OEMs came up with clever designs with twist screens and styluses which clip into the side. These machines certainly have their uses, but they were not mainstream and they were not cheap. Intel Windows 8 tablets will have all the same problems. The poor experience offered by the Windows desktop user interface with touch was a key reason why Microsoft came up with the radical WinRT alternative.

Windows RT on the other hand promises a better tablet experience. with the additional bonus of longer battery life and a lighter, more efficient device. You cannot install desktop apps, but if the Windows 8 ecosystem fails to come up with WinRT apps to cover the essential computing activities, then the Windows 8 project will have failed in its goals.

There is also Microsoft Office of course, which makes some effort to support touch control though it could be better. Still, I would rather have Office which at least has been designed with the knowledge that some users will be controlling it with touch, than all those other desktop applications which presume keyboard and mouse.

The importance of having Office there is that it makes the difference between having to have a laptop with you as well while on the road, and being able to get all your work done on the tablet alone.

This issue does not seem to be well understood either by Microsoft’s OEM partners nor by the general public. I do not blame the latter. On the high street or at the airport, there will be rows of Windows 8 tablets with similar Start screens, and the difference between Windows RT and Windows Intel will be hard to convey. I can imagine salespeople saying, “You should get this one, it is the full Windows,” and steering customers towards the awkward, confusing experience that is Windows 8 on an Intel tablet.

One disappointing remark buried in the announcement:

That means 10% of WinRT apps currently do not support ARM, presumably because there is some native x86 code in there.

Journalist Jon Honeyball remarked on Twitter that the version of Microsoft Office in Windows RT, and therefore in the first Microsoft Surface Tablet, is Office Home and Student 2013.

I was sceptical, but it is there on the spec sheet [pdf]: 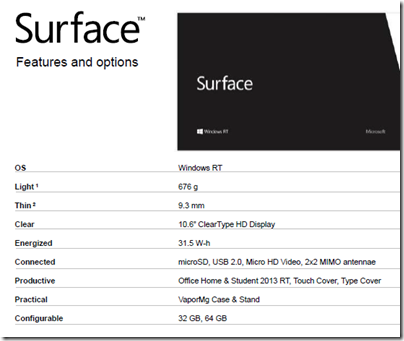 We already knew that Outlook is missing; but now it seems possible that Office in Windows RT is licensed only for non-commercial use. Here is the statement about Office 2010 Home and Student:

I own or work for a small business; can I use Office Home and Student 2010 at my work?

No. Office Home and Student 2010 is licensed only for non-commercial use for members of your household.

Such a restriction would blow so large a hole in the positioning of Windows RT as the ideal BYOD (Bring Your Own Device) for business that I am inclined to believe it will be changed for Office in Windows RT.

Then again, Office is a huge business for Microsoft and it is easy to hear the internal debate over this. “You cannot just give it away”.

Another possibility is that Microsoft will come up with some licensing deal which permits use of Office in Windows RT at work, for a suitably Enterprisey fee.

Companion Device License: For customers who want to provide full flexibility for how employees access their corporate desktop across devices, we are introducing a new Companion Device License for Windows SA customers. For users of Windows Software Assurance licensed PCs this optional add-on will provide rights to access a corporate desktop either through VDI or Windows To Go on up to four personally owned devices.

This means that if you have a PC licensed with Windows Software Assurance, you can access a virtual desktop from Windows RT without further charge.

Generally, I believe Microsoft also allows you to use Remote Desktop into a physical client without an additional license, provided it is single-user. In other words, only one user at a time can use a physical Windows 7 installation, whether sitting at the machine or remotely.

None of these provisions covers Office on the client though. They are concerned only with remote desktop access of various kinds.